Vicky is sponsored by Biketart and chose a Juliana Roubion for her season. This blog entry by Vicky is the full lowdown of the new bike experience and some of what she’s got up to on it so far!! Over to Vicky:

How do you honestly review a bike that makes you yell ‘I love my bike!’ every time you ride it?! It’s not easy! Three months ago my Juliana Roubion, aka, Liberty, was delivered to Biketart HQ in Barham, Kent. Since then we’ve racked up over 730km shredding trails in Kent, the Surrey Hills, the Forest of Dean, playing at Redhill Extreme and Chicksands, racing the Southern Enduro series, flying through the French and Italian Alps not to mention some random Strava PRs on the occasional commute (usually I ride these on my Trek Hybrid)! 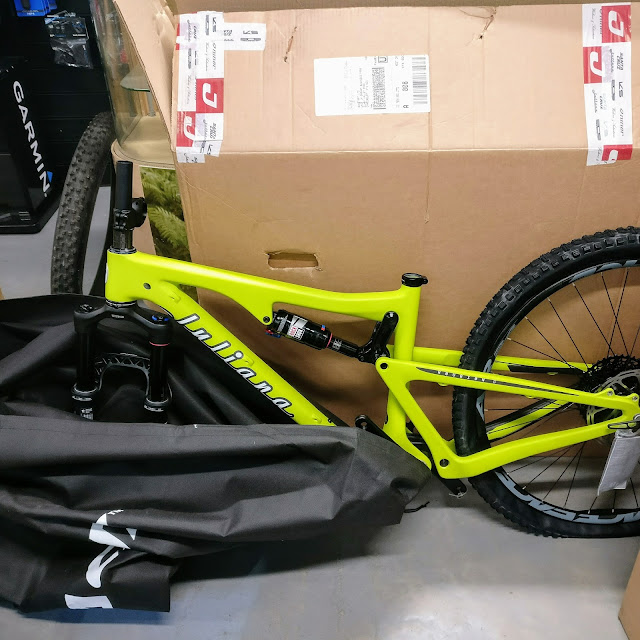 First things first, though, why did I go for a Juliana? The honest answer is that I came across Juliana when I was buying my previous bike, the Boardman Pro FS. I was meant to be assessing the Boardman but all I could do was look at Lauren’s (the seller) new bike!  The colour, the style, the build – it was captivating! I’m not a girly-girl and don’t really believe in single sex bikes but Juliana has got the balance just right. They’re serious bikes without a hint of ‘pink it and shrink it’ in sight and I’d defy anyone not to enjoy riding one. Within the Juliana stable, the Roubion was an obvious choice for me – she’s an all-mountain, enduro-loving beast with a carbon frame and 150mm travel front and back. 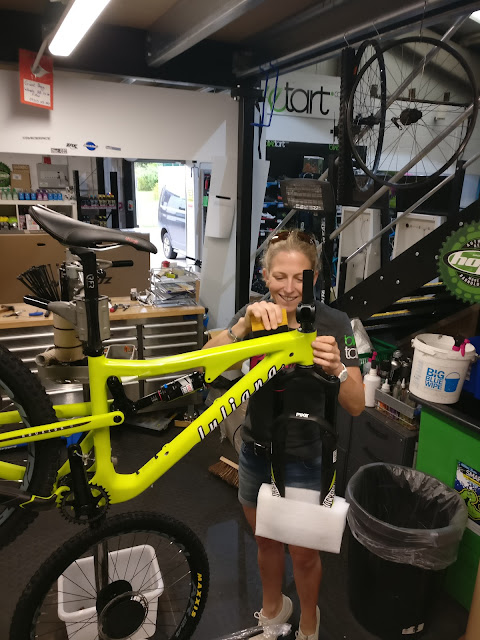 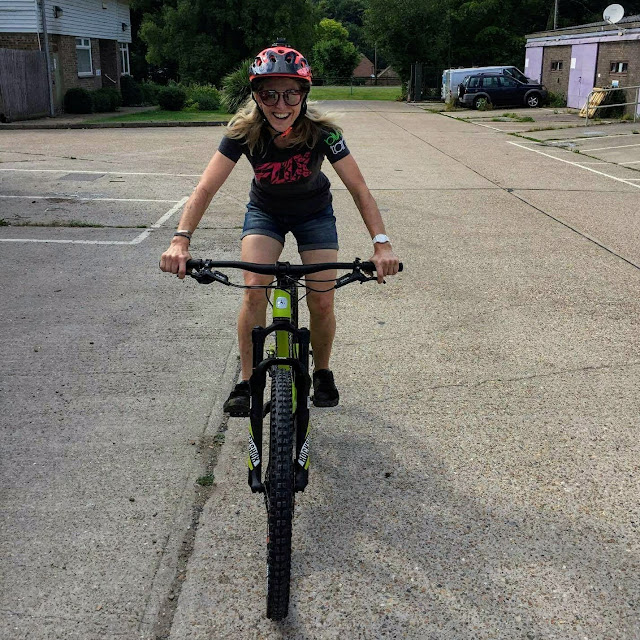 This being my first expensive bike, I went with the standard 2017 build which included: RockShox Pike RC Solo Air (150mm travel), RockShox Monarch RT (150mm travel), Guide R brakes, bars, rims and crankset are all Race Face, gearing comes courtesy of SRAM XG1150, 10-42 tooth with a 30T narrow/wide ring on the front and with tubeless ready MAXXIS Minion DHF/DHR tyres. With all the rave reviews of these bikes, I hadn’t expected to want to make any upgrades in the first few months of riding but I have ended up doing so – just because a particular component is good, doesn’t mean it’s right. 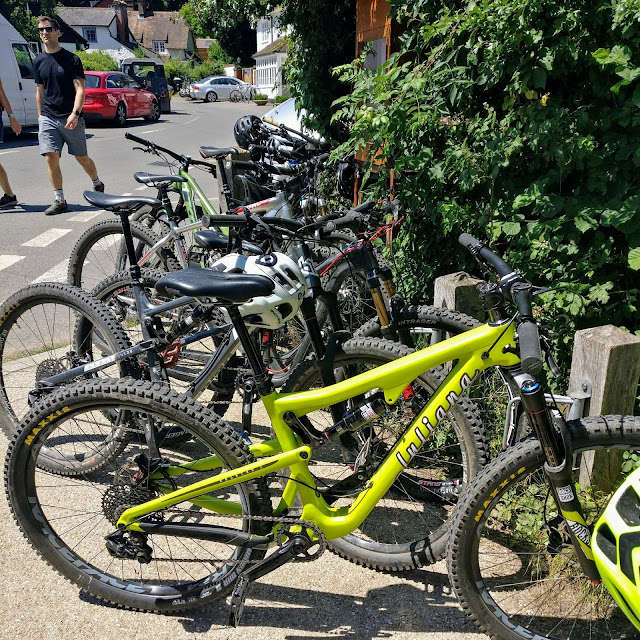 Although I haven’t been riding long, I’ve learned that brakes and pedals are something that have to feel ‘right’ and when they do, they give me confidence. New bikes rarely come with pedals, and the Roubion was no exception. I’d had a set of Nukeproof Neutrons on my Boardman, which were very grippy, but due to the Biketart deal I needed gear that they sold on the bike. Initially I bought Shimano Saint pedals and quickly realised these were a mistake – with a relatively small platform and low profile pins (no shin damage from these pedals!) I never felt entirely secure on them. Having made one expensive mistake I wasn’t going to make another, so before buying new pedals I borrowed some DMR Vaults from Biketart and also tried a friends DMR V12s.  The V12s were good, on a par with the Nukeproofs, but the meaty pins on the Vaults made all the difference and resulted in me keeping my feet clamped in place during the wet and muddy second round of the Southern Enduro at Head Down. They were the bad boys for me! 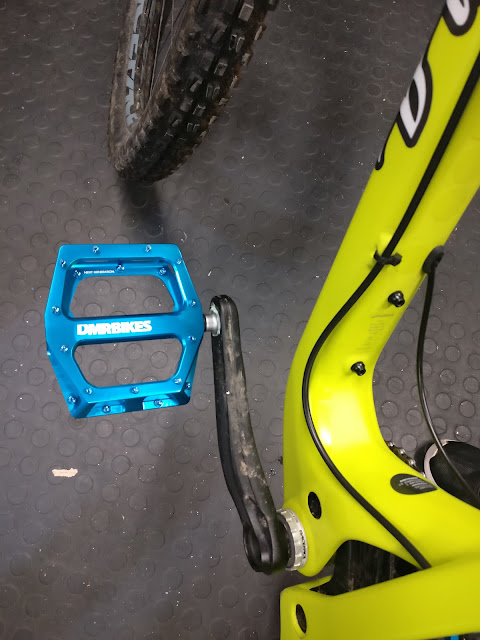 I didn’t feel particularly happy with the Guide R brakes, and while reading up on them I had some misgivings about maintaining them (dot 4 oil and the more complicated Avid-based bleed process), but I thought I’d give them a go as they came fitted as standard. After a couple of months of persevering with them I finally admitted that they were not for me; they felt spongy and I couldn’t get the bite point where I wanted it.  Two weeks’ riding in Greece with bog standard Shimano Deore’s reminded me how much I prefer the modulation of Shimano’s – not to mention that they are so much easier to bleed and look after. Time for a change, but given the myriad choices in the Shimano range, what was going to be best? In the end I decided to go for Shimano Zees – they’re definitely over-spec’d for both me and my riding but the reality is that I actually hang on the anchors less if I have confidence in them so getting the right ones is crucial. I also felt that I’d rather upgrade once and get something that would cater for a range of riding including the Alps, Scotland and Wales. My first riding with them was at Chicksands and Southern Enduro Round 4. Oh my days! What a difference they made to my confidence and riding. Knowing that they would react perfectly I barely felt the need to use them. 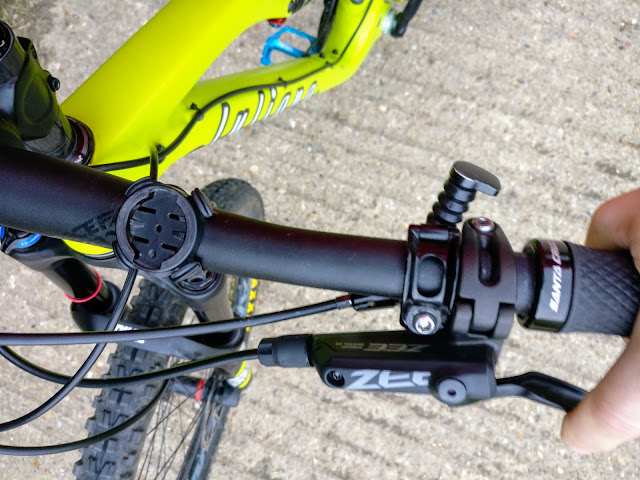 Like many modern bikes, the Roubion comes with 1×11 gearing. The guys and gals I ride with run a mix of 1x and 2x so we’d spent plenty of time discussing the pros and cons of the new trend. I love hill climbs and had always used the full range of the Boardman’s 2x system so I was interested to see what impact 1x would have. 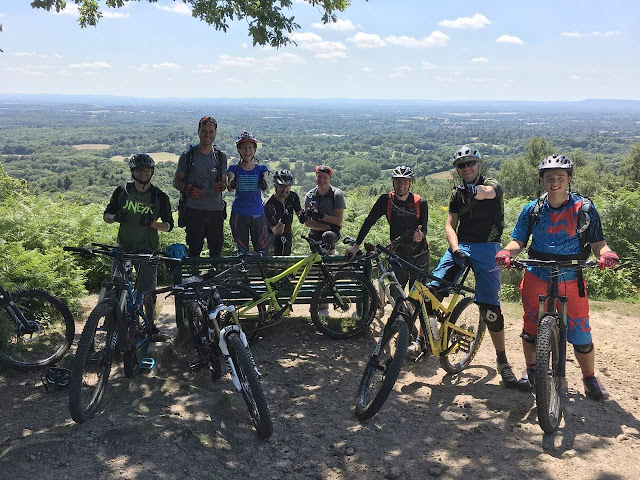 My maiden Roubion ride was in Surrey Hills and I am pleased to report I found the 1×11 system a dream. Although the overall gear range was less, not having to change down in the front cogs meant that I found it easier to keep my flow on technical climbs and the way the cassette is spread across the rings (10-42 tooth) actually gives you a wide spectrum whilst being able to maintain cadence. At the end of the day gears can only do so much on a climb, your legs do the majority! I’m riding in North Wales at the end of November so it will be interesting to see how Snowdon on 1×11 compares to last time I rode it on a 2x set up: BenBikes informs me it will suck, and that I will need thighs of thunder! 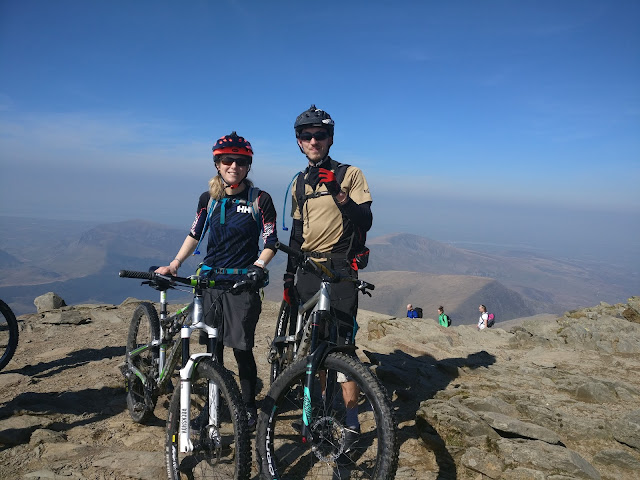 Overall I am in love with the feel of the bike, and with the exception of some of my flatter local trails being more suited to a lightweight hardtail, the 150mm travel on the RockShox Pike and Monarch has been a winner.  For flat, twisty single track I’ve found that locking the rear shock can make a huge difference. Future upgrades (as prompted by my friend Tom) might consist of a Luftkappe and and the much-debated oval chainring. 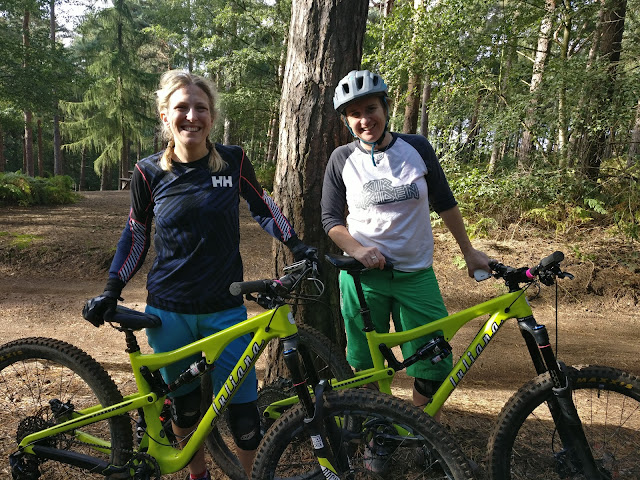 Lastly, at Chicksands the other week, I was chatting to fellow Roubion rider and coach, Lynne Armstrong, and she said you have to learn to ‘ride’ a bike like this, you can’t just be a passenger on them.  I understand that now. Many people say that a good rider can ride any bike and that a top bike will make you look better than you are. While that’s true in some respects, in my experience, it’s the other way round. Having a top bike is forcing me to improve in order to get the most out of riding it and feel that I can actually justify it. Like a spirited horse, the more skill and technique you can bring to riding high end bikes, the more performance and enjoyment you get out of them. 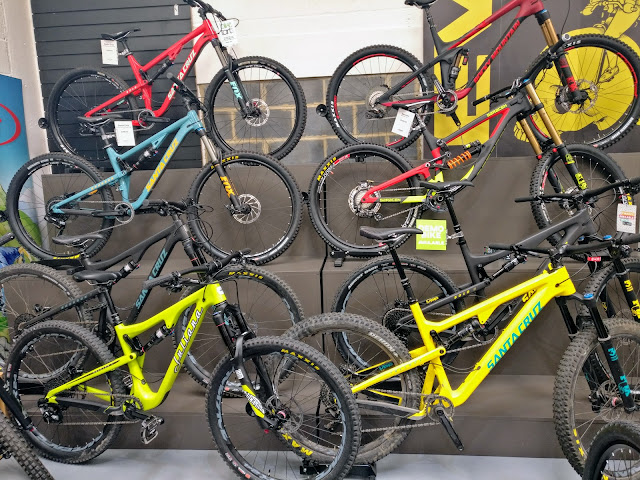 I can’t say I’ll never need another kind of bike for different riding but for enduros and all mountain riding, she’s spot on and I’m looking forward to putting her through her paces in Wales next month and Scotland in March! 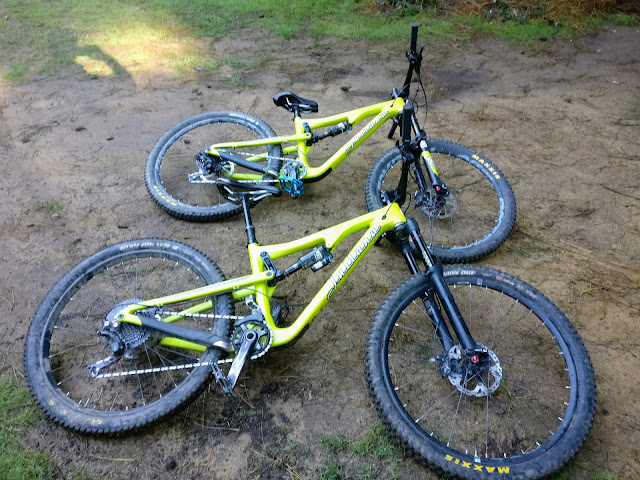 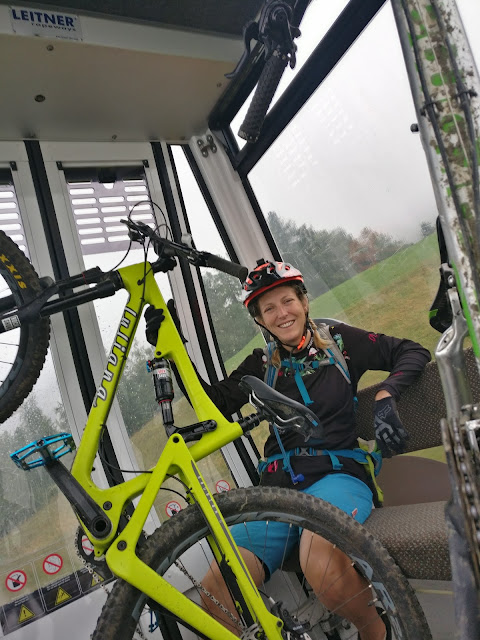