You’ve heard them haven’t you? The whispers. The rumours. The secretive suggestions. And I’m sure you’ve spotted the furtive glances from industry types and seen the odd leaked photo. 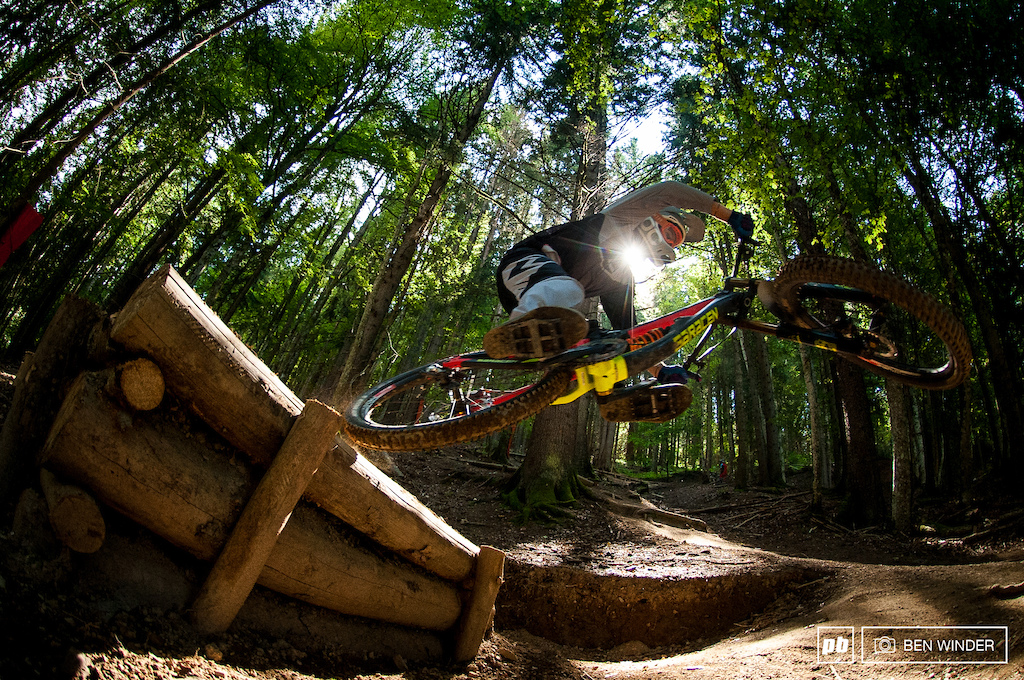 Photographers eh? All trendy angles and never any detail.

It’s been coming. Of course it has. The thing they said could never happen, is finally on its way. Downhill bikes are going to become 29ers. Seriously, I’m not kidding.

Can you spot which wheel is which? Of course you can!

First off, plenty of people said that downhill bikes would never work with 27.5” tyres. And they were so, so wrong. For the last three years, every single UCI World Cup and World Championship race has been won by a goldilocks bike. Despite being the only size of choice in DH for more than 25 years, it took just two seasons to kill off 26 altogether. All that manufacturers needed to do was work out the right geometry and, as it turned out, the 650b was actually faster in the big drops and just as quick through the switchbacks.

Possibly the only place you will still see a 26 inch rim.

So why not try a bigger wheel still? If rock gardens are more easily tamed by large tyre volume and big hoops are more stable at higher speeds, surely it is only a matter of time until a major downhill race is won by a mountain bike with 29 inch wheels. Actually, a reasonably big race already has been. In 2015, Luke Strobel, riding for Evil, conquered the 4th round of the NW Cup at Oregon Skibowl aboard his 29er Wreckoning. He went on to win a bunch of other races on the same bike. In fact, perhaps we should start our investigation of the possibilities for 29 inch downhill with some of the extremely capable 29er trail bikes that are knocking around right now. 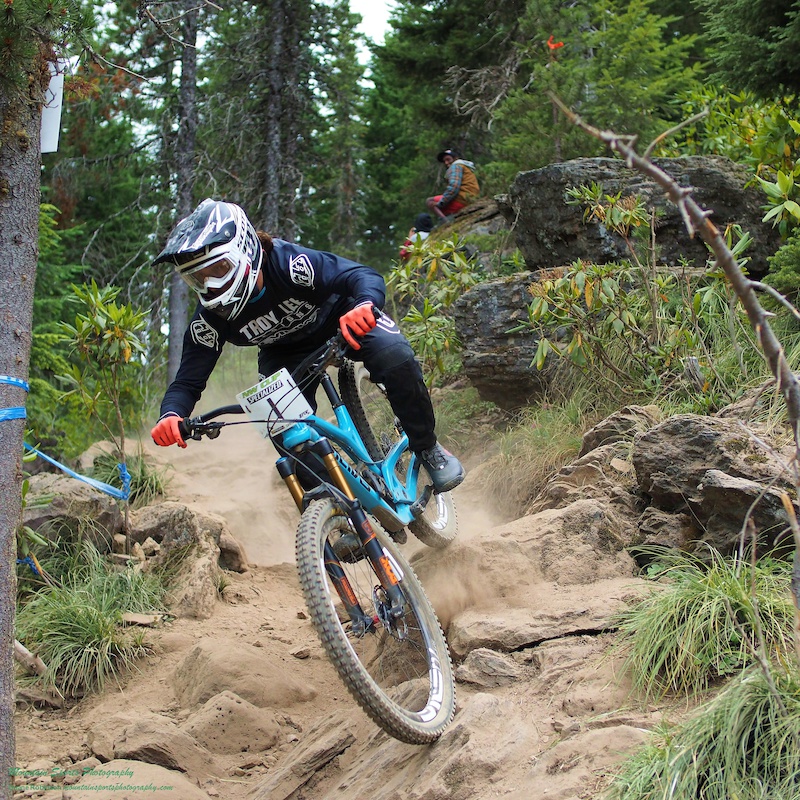 Hardcore 29ers like the Evil Wreckoning can hold their own, even at DH level.

Rugged, hooligan 29ers come in a number of flavours. At the shorter travel end of the market are machines like the Santa Cruz Hightower, Evil Following and Ibis Ripley LS. These bad boys rock about 130-150mm or so of rear end travel, but feature long & slack geometry to make the most of the ‘roll over anything’ potential of the large tyres. They also offer 27.5+ capability for huge days out and nastily gnarly trails. While they are a long way off modern downhill machines, you only need to compare them to some older school race bikes to see that they are capable of a whole lot more than we’d ever have thought possible, just a few years ago. Imagine Tracey Mosely trying to win enduro world cups on an old school DH bike…

Old skool cool. How did they ride those things on downhill courses?

But that’s just the tip of the hardcore 29er iceberg. Racking up the travel to 150-160mm and suddenly you are faced with some very, very serious 29er machinery. The Specialized Enduro comes in two flavours, 650b and 29. This has led several magazines to run back to back tests. They have all come to the conclusion that there was basically no trail on which the 27.5” model was significantly faster than its wagon wheel brother. Then there is Trek’s Slash, which has taken things to a radical new level. Essentially a mini-DH bike, which is more than a match for the blackest of black runs. 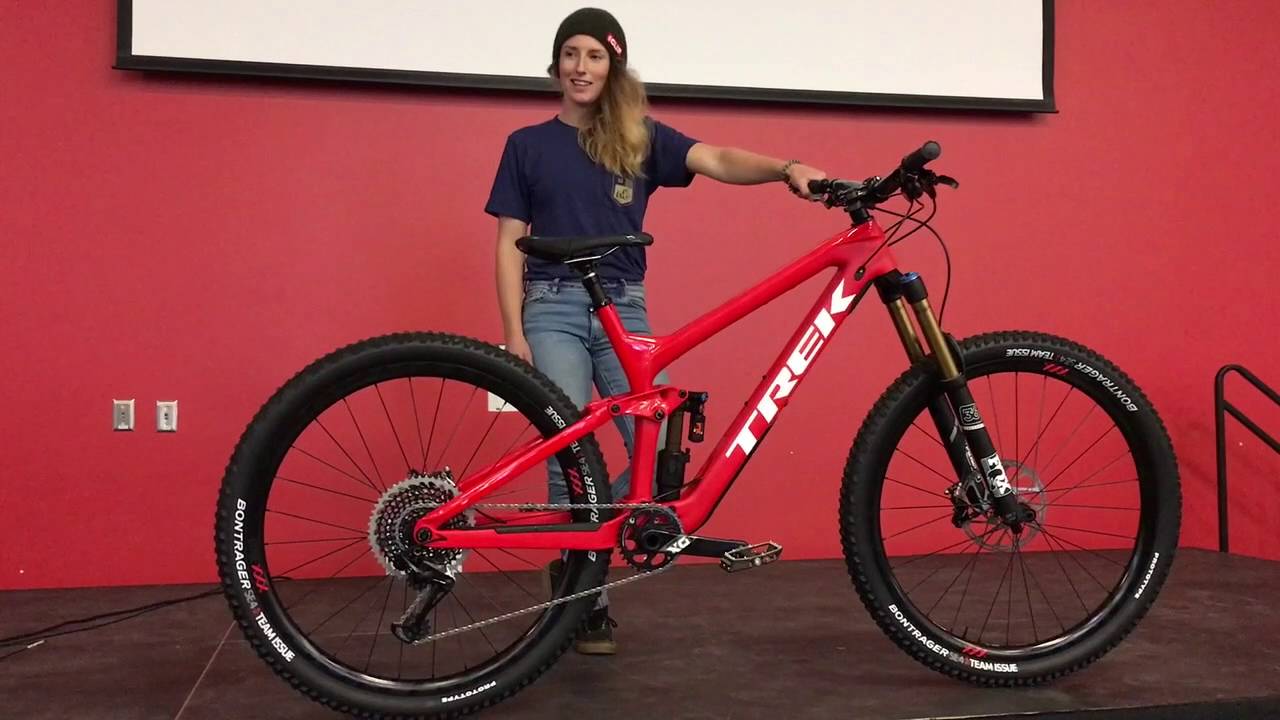 The Slash. Bigger and smaller than it looks, all at once.

Joining the Slash in the extreme stakes has been the Evil Wreckoning(mentioned above). Review after review has concluded that experienced journalists run out of ‘gnar’ long before the Wreckoning gets over-faced. It has the travel, geometry and poise to attack the most extreme trails as though they were just any old singletrack. Gary Fisher has long believed that 29ers were, essentially, the one true way for mountain bikes and the Wreckoning seems to have proved him right.

But it’s quite a leap from bike that can win a regional DH race to one that can conquer mega tracks like Val di Sole or Metabief. Courses like this, tackled at the highest possible speeds will surely pretzel bigger wheels and feature turns that are too twisty to wrestle a wagon wheel round (try saying that after a couple of shandies). Why would anyone even want to build a 29er DH bike when 650b has proved so much more capable than 26 and is so universally accepted?

To answer that, you need to get into the mind of the MTB designer and the yan to their yin, the marketing executive. For the designer there is always the question ‘what if…’ at the back of their mind. What if I could build it? What if it turned out that it was faster than a 650b? What if it really, really worked? For the marketing exec, of course there is just the one ‘what if…’ which it ‘what if people buy it and we make more money?’. Put these two elements of the industry together and you have the motivation to give things a try. 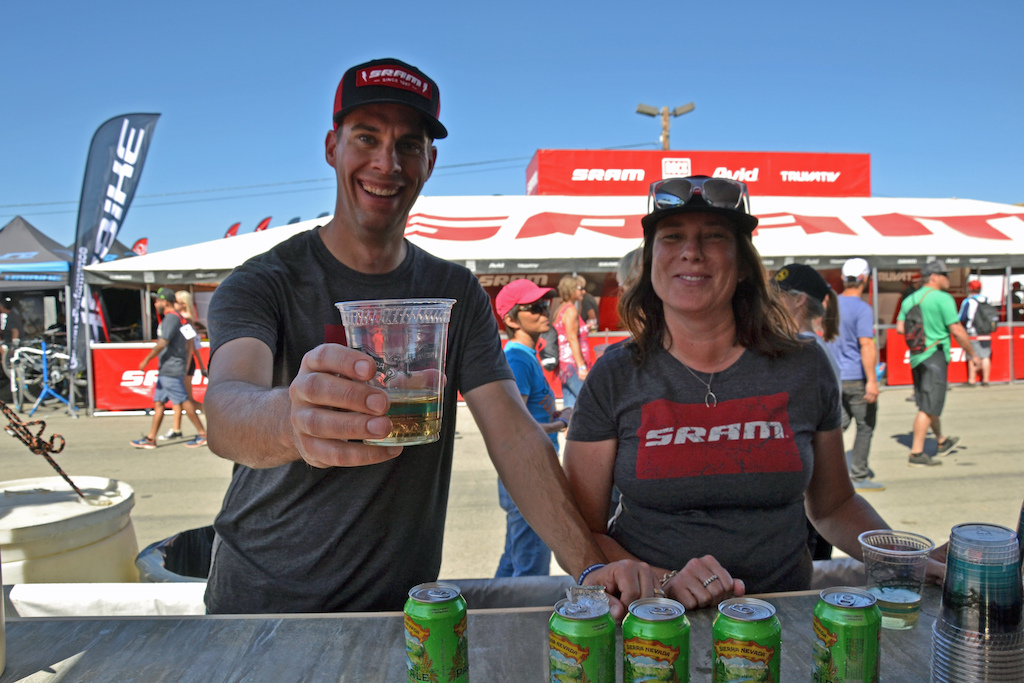 A marketing exec and a designer. Can you tell them apart?

Which is just what has actually been happening. First up we had spy shots, over the past couple of summers, of the Athertons and Trek Team rider Cole Picchiotino testing DH 29ers during the 2015 and 2016 seasons. In fact, the Athertons only rode 29er prototypes for the whole of the 2016 Crankworx duration. Quite a statement. And, as you can see below, they were no ‘fugly disasters’. They look like proper DH bikes and, given the pretty small differential betwee 27.5 and 29, first glances could fool you into thinking you weren’t looking at a 29er at all.

Ooh, look, it’s a prototype! Check out the angles, wheels and welds.

Then we have Scott’s Gambler, which has been seen as a one off 29er. Neko Mullaly (who set it up as an experiment) actually went so far as to say “ My first impression is that it makes all bumps feel smaller.” Quite a claim. He also felt that the geometry didn’t’ feel that far from his regular gambler and, apart from a shock swap and adding a degree to the head angle, it basically ran as stock. Again, the crazy saddle set up aside, this bike just looks pretty normal.

But these are test rigs. Protoypes. Not a real, on the market, production DH 29ers that you can actually buy. I mean, no one is making one of those are they? Oh, but they are. German brand ‘Alutech’ (no prizes for guessing their frame material of choice) has been running right up to 2.8” tyres on their Sennes DH bikes for the past season. If you can plus size a DH bike, why not just slap 29ers on for faster rolling? Which is exactly what they have done. Slamming the head angle to an insane 62 degrees and increasing wheelbase, this is set to be a seriously stable monster.

Alutech? No, us neither.

But Alutech are not exactly a market leader. To be honest, until Biketart got wind of possible changes to the downhill scene, we’d not actually, um, heard of them. So it is hardly earth shattering for just one, smallish, mostly online brand to offer a single model DH 29er. It’ll take some big boys (and girls) to join the fray before the idea of 29ers as genuine downhill options gets taken seriously across the board. But how does a humble blogger from a Canterbury bike shop get the latest from the biggest bike manufacturers out there? You’d need, let’s say, a great big bike show with all the main marketing guys in one room. As luck would have it… 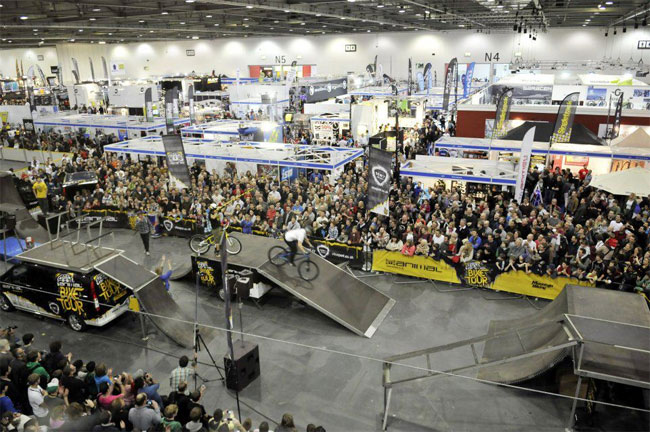 A bike show. With some bikes.

The London Bike show seemed a perfect place to do a bit more on-the-ground research, so I popped along for the day to do some digging. First stop, the journalists. Even when they are not supposed to know anything, the magazine guys tend to have a good idea of what’s going down. They speak to everyone, pick up the gossip and watch out for the latest industry trends – it’ their job. Singletrack and Cranked magazines were both at the show, so I paid them both a visit. Keeping things nicely ‘cloak and dagger’ I subtly asked them what they’d heard about developments in the downhill scene for the new season. Any gossip in the 29ers at the world cup level? Blank looks. Any production kit coming out following pre-season testing? Blanker looks. Anything at all on prospective downhill 29ers for 2017-18? They all shook their heads. Next! With the most likely candidates for a wagon wheel DH racer (Trek and Specialized) missing the show and Biketarts favourite brands (Santa Cruz, Evil, Ibis, Yeti and Banshee) also absent, I had to get inventive. First stop, Scott. That Gambler that Neko had put up online should give me a clue. At the first mention of big wheels and steep hills, they went very blank. Impressively so. Curious. 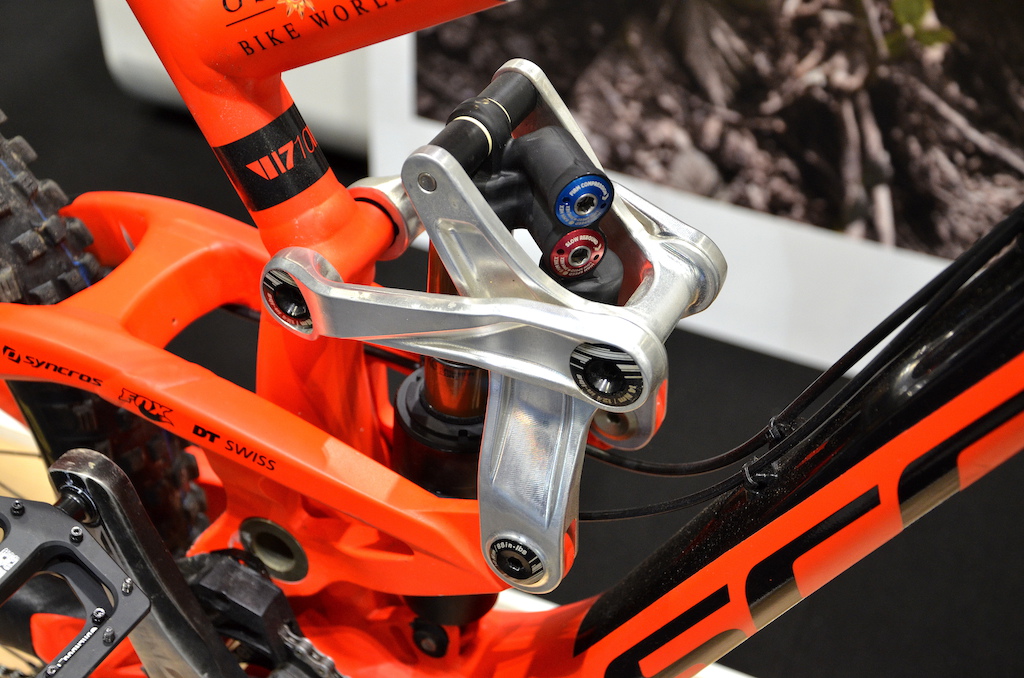 About as informative as the reps on the Scott stand, but quite a lot prettier.

Next up, Orange. Their 324 DH race bike, being British, has loads of mud clearance. Ripe for slotting in some experimental 29 inch wheels. This time I was more lucky. No, they hadn’t gone full production yet, but yes, one was coming. Most likely in the Autumn. Also, the rep has heard that there were other bikes coming out soon too, from some of the big names. He didn’t know any more, but this was certainly more promising. Room for a wagon wheel? We think so and so do Orange.

On to Kona. More blank stares here, but they kept glancing furtively at the Process 111. Nice clue guys, thank you. The trail machines were clearly leading them in a downward direction. It was a similar story with Canyon. “What if you popped off the rear mudguard, plenty of room for a big wheel, right?” More shifty looks and glances between their DH bike and the long travel 29er hooligan machine in their range. I was definitely barking up the right tree. There was just time for one last try before my interview appointment with Hope (more on that later this week). 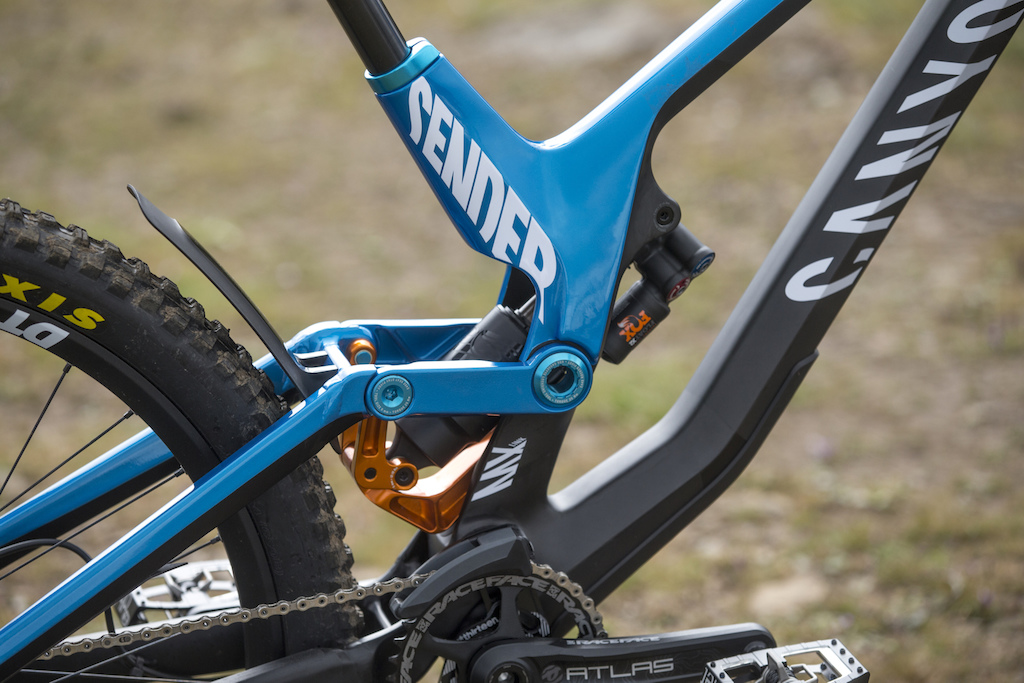 Remove the mudguard and hey presto! Space for something biggererer.

A quick trip across the aisle took me to Cannondale. Long term proponents of the larger wheel size, I had a good feeling. Bingo. No, they had no plans for a full on DH 29er this season, but they did know who was going to be launching one this spring. Excellent! Who? Sadly another blank, the guy shrugged his shoulders and gave me a ‘more than my job’s worth’ sign, before turning his attention back to the e-bike we’d been chatting about. 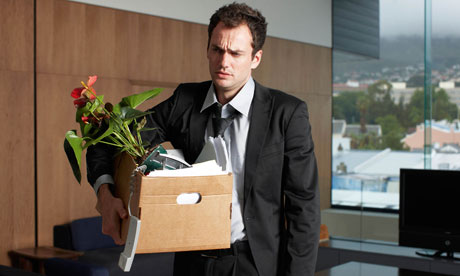 That rep, if he’d told me what he knew.

Well. It certainly looks like my original source was right. 2017 will see the first serious 29er DH production machine to hit the market. Who, exactly, it will be coming from, I’m not yet sure, but keep your eyes peeled. Before you know it, the rock gardens at the season opener will be getting pummelled by the biggest wheels yet. As little teaser to see you off and a possible hint of who might just be first out of the blocks, here’s sneaky shot of the one and only Greg Minaar testing a modified Santa Cruz Hightower with DH forks and coil shock. You saw it here (almost) first folks: